Windows Azure Web Sites: Too easy and too much fun

The barrier of entry has been lowered significantly and that's because of the amazing work of the Azure teams. I've attached my slide deck here. In trying to come up with some good slides, I didn't want the audience of 30 people sitting there through a bunch of slides. I wanted it to be more interactive and I wanted to really illuminate how amazingly simple the process is.

In part of the talk, I ended up doing 3 demonstrations 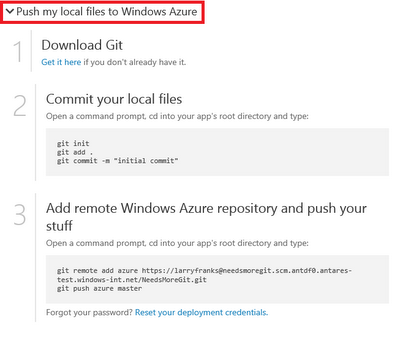 2. Creating a Wordpress site with a MySQL database 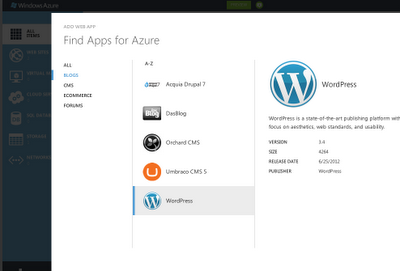 At the end of the talk, I think the audience was really impressed at how easy it was to get going on Windows Azure. Additionally and most importantly, the audience was extremely excited about the actual feature. This was my intention and part of my core principles as being an evangelist for any technology -- Get people excited about the technology so their teams can start adopting it.